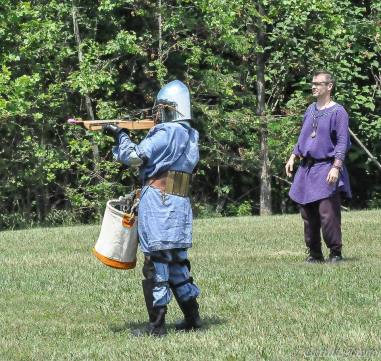 The day of my combat archery authorization. 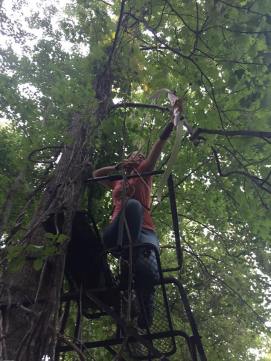 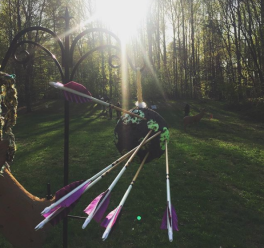 Typical practice at the Grimmsfield range. 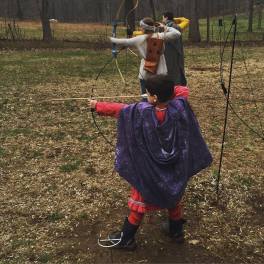 A day on the range at Grimmsfield. 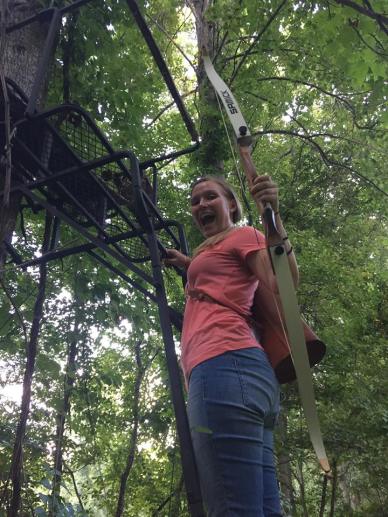 An attempt at shooting from a tree stand. 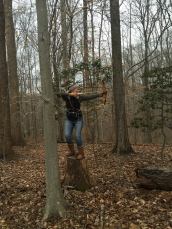 Taken at the NORVA Archery Range.

Setting up the range… dancing… the usual. 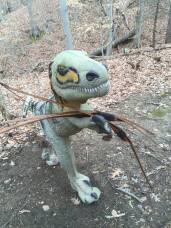 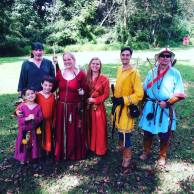 A fun game to play on the range. 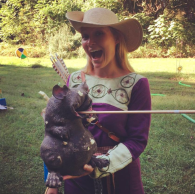 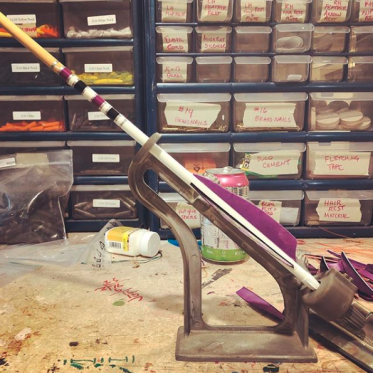 Fletching my new arrows with the fletching jig. 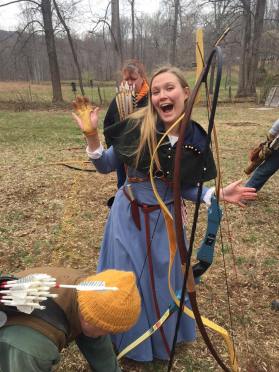 Check out my rack! Many bows! Such fun! 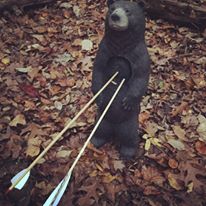 We killed him dead. 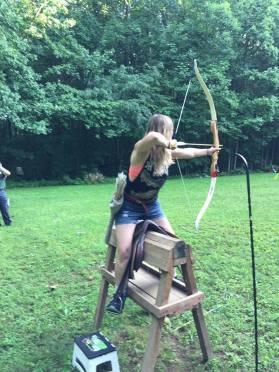 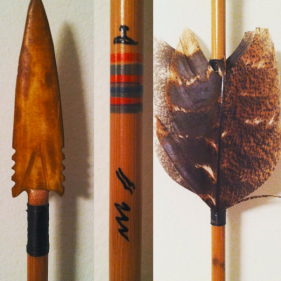 Made by Master Godai. 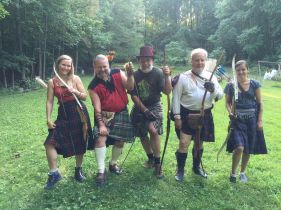 A themed shoot at the Grimmsfield range. 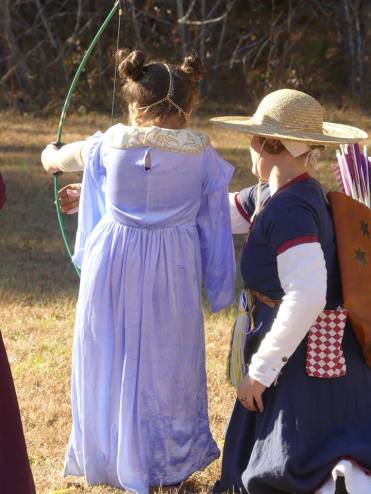 Teaching a young girl to shoot at Buckston Birthday Bash, 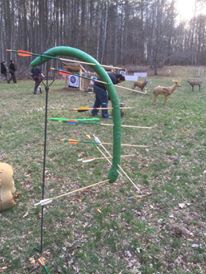 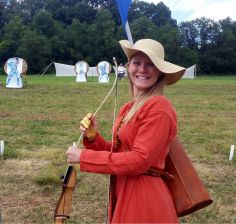 Shooting at the archery range at Pennsic. 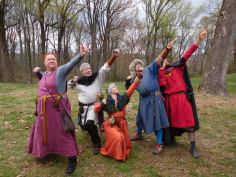 Posing with friends at an archery event in Atlantia,

Another picture from Trial by Fire archery event in Atlantia. 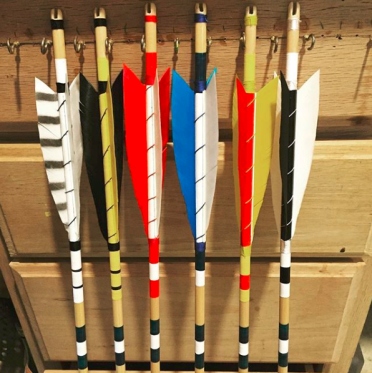 Made by myself, for Spring Coronation 2016. 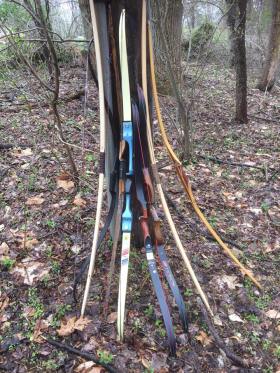 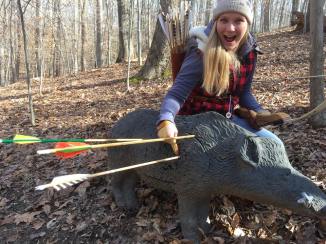 One of my best shots. 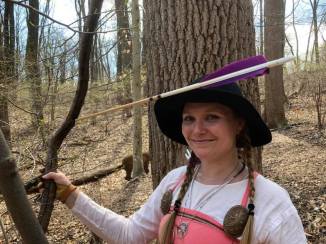 He was looking at me funny. 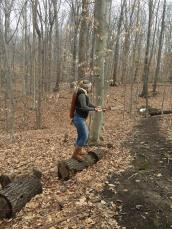 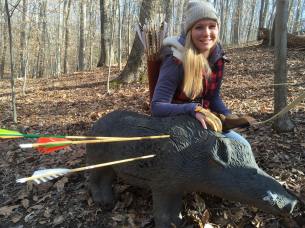 Taken at the NORVA Archery Range. 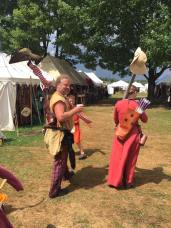 Walking back from the range after a stop at Cafe Merhaba for an ice, cold beverage.

I have a tradition of writing up a “top ten” once I’m home from Pennsic every year. It’s a way to preserve memories while they are still fresh in my mind and hopefully, look back on the positive moments rather than dwelling on any, inevitable negativity that is likely to occur when 10,000 people share the same outdoor space for two weeks straight!

My first top ten! Yes, I am jumping on the bandwagon in the spirit of positivity! And because I want to be able to look back on this and remember the details…

1.Water bearing! To my surprise, water bearing was THE most fun thing I did at Pennsic this year. Tuesday morning rolled around and I really wasn’t feeling up to putting my armor on for the battle, but I still very much wanted to support my friends and serve my Kingdom in some capacity. The experience was amazing. I had great conversations with fighters from all over the Known World, people asking me my name, where I was from, and thanking me profusely for being there and offering service – their kindness made a huge impact on me. I can honestly say that I can’t wait until I can water bear again next War!

2. My sister joining me for the weekend for her FIRST SCA event! Matilda drove from Ohio to hang out and experience the SCA for herself after seeing all of my posts on the Book of Faces. I’m excited to say that she had an awesome time and is planning to come back next year – I can’t wait!

3. Retaining for Their Majesties Atlantia. Our populace is incredibly fortunate to have such kind and generous Monarchs. And for myself, I have felt personally invested and connected during this reign more than any other.

4. Marshaling the St. Sebastian’s Shoot on Saturday. It was a long, hot day, and I wasn’t relieved from marshaling duty until the shoot was about to end, but I didn’t even mind. I had so much fun! I marshaled a line with Lord Grimm and Lord Ronan – we worked well together as a team and assisted some 280 archers through our targets. My target station consisted of four lollipops to which many arrows were lost, but I kicked my shoes off early on to help searched for ammunition after every round. The look on an archer’s face when you return a lost arrow is priceless! This is another event I can’t wait to help with next War!

5. Bog nights. This will always be a staple of my Pennsic experience! I love adventuring down to the lake at night and wandering around with my friends, never knowing exactly what will happen, where I will go, or who I will meet.

6. Wolgemut! Wolgemut has been my soundtrack to Pennsic prep for the past few months so seeing them live was practically a dream come to life for me. They were incredible! Sadly, the performance was interrupted because of a heavy storm. My friends and I took shelter in the Great Hall, mooched some Blue Feather snacks, and danced like crazy people until there was a break in the rain and we were able to wander back to camp. It was a night of general silliness, of which I am always a fan!

7. Knee injuries. Yes, a knee injury made my top ten list! Wednesday I woke up with incredible pain and swelling in my left knee. I still have no idea what the caused the pain, but I’m now fully recovered. Despite being out of commission for the entire day, I received care and assistance that made it MUCH easier to bear. Having such great friends there to help care for me and keep me company made me realize how lucky I am in my chosen family.

8. The Mother of All Battles. It was the only battle I managed to fight in this War, but it was an amazing experience! I’m not sure that I actually managed to kill anyone, but I still had fun and that’s what matters. A special thank you to Master Seamus and Master Godai for their encouragement and guidance on the battlefield – as someone completely new to combat archery, that level of support is beyond priceless. I still have a lot to learn but I’m looking forward to working with my fellow combat archers and fighters so that I can be ready for next year!

9. Ponte Alto Court, whiskey tasting, and glow stick battle. I always enjoy Baronial court and seeing individuals be recognized for the (seemingly) never-ending service and support that they give – to each other, to the Barony, and to the Kingdom. During Thursday’s court Lady Barbara gifted me with a beautiful box that will be returning to Pennsic with me every year. After court we had a whiskey tasting and social that was A LOT of fun. This was followed by the kidnapping and execution of a ceramic troll and an epic glow stick battle that culminated in the invasion of a nearby camp – still not sure whose camp that was… The night ended with the snacking of leftover couscous and the stumbly-bumbly walk back to camp. It was kind of a blur at that point…

10. Becoming authorized to inspect combat bolts. I LOVE to learn, so yes, sitting through a two hour class on the proper construction of combat bolts was a lot of fun. Although I wasn’t able to make it out to the battlefield much this War after being injured, I plan on being there as much as possible next year in order to be of service in this capacity.

Goals for next year: two full weeks of fun! More classes (I was only able to attend one this year) – both learning and teaching, more fighting, more shooting! The countdown begins!

14th Century English Noble woman with a passion for archery, embroidery, and service. View all posts by baronessmargaret86